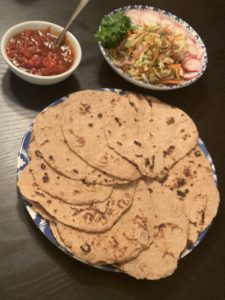 Almost every sourdough method I’m aware of from the ones I caught casual glimpses and mutterings of from relatives’ kitchens as a child to some of the more scholarly writing on the subject that dogmatically mandate a ritual sacrifice of starter for various stated reasons. There are times to discard starter like when you are trying to change the degree of sourness, but regularly and as a prescribed thing, I disagree. I believe it is wasteful or at least has the optics of waste and right now in the twenty first century and in the midst of a pandemic where supply chains are being stressed this seems wrong. Doesn’t matter even when I’m not baking as much bread I don’t have a problem with too much starter as there are dozens of other items we make from or with starter. I try to always have a couple of cups on hand so given a little foresight I can make any number of fermented breads. Sourdough pancakes with fermented vegetables makes as lovely of a dinner as sourdough pikelets with raspberry jam for a quick breakfast.

We’ve been hooked on a whole wheat sourdough tortilla, which if as a secondary process are baked can be fantastic crackers. One of the last breads that we moved to that was fully fermented was the lowly tortilla. Now you might be thinking “flour tortillas” with “eye roll emoji”, but I like my flour tortillas. I grew up in a household where these were regularly rolled out and cooked on a griddle and when your smoking a brisket are you really going to go for corn…but we avoid overly processed flour and a conventional tortilla recipe just doesn’t hold together when made from whole wheat flour let alone a home milled flour made from wheat berries. That’s where the fermentation comes in. With a half cup of starter (I use three #24 cookie scoops) to two cups flour and 24 hours for the yeast and bacteria in the starter to work on the sugars in the flour results in much improved strength in the finished flatbread.

Pancakes: tortillas, pikelets, crumpets, and english muffins…okay, in my house the last three are really the same, it just matters how you cook them and all are a great way to use starter. Crumpets and pikelets are cooked on a griddle where an English muffins are baked. Both a crumpet and an English muffin use a mold ring to support the bread while cooking, a pinket is poured free on a griddle. Terms to know, “eyes” when dealing with English and Australian pancakes, these are the little bubbles that rise and set as the batter cooks. With pinkets and crumpets these should rise to the upper surface of the bread and burst, leaving a small hole. These visible indentions are the eyes. If the pancake is flipped too early the indention won’t be full formed and is considered “blind”. Why? Someone who professed to know something on the subject told me and I read a middle English cookbook that seemed to backup that assertion. 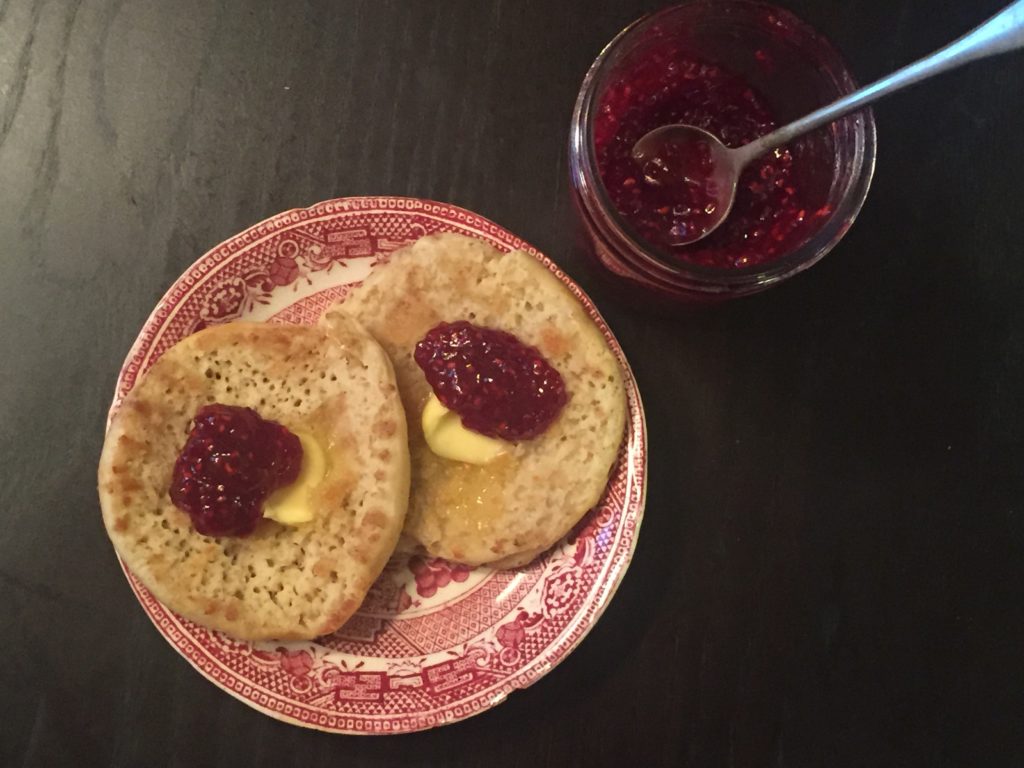